JEM's My Encounter: The Rosh

Rabbi Ezra Schochet, known as "The Rosh," and businessman and philanthropist Tulli Deutsch, recounted stories and experiences they had with the Rebbe to an enthralled crowd in Los Angeles.

More than 300 people in Los Angeles, CA, came to watch a live interview of Rabbi Ezra Schochet, “The Rosh,” and Mr. Tulli Deutsch, a renowned philanthropist, conducted by JEM’s My Encounter project. My Encounter interviews are usually conducted on video, with edited stories released in JEM’s weekly Living Torah videos and Here’s My Story publications. This time locals were able to be a part of the interview process, and see and hear the stories live, in their raw, uncut, unpolished state.

The crowd was fascinated by the recollections of Mr. Deutsch, a Holocaust survivor, who was encouraged by the Rebbe to personally record his memoirs, which are studied by military students at Westpoint to this day. Rabbi Schochet recounted numerous stories, including the blessing and guidance he received from the Rebbe which lead to the birth of his children. “Listening to the Rosh telling his stories brought them to life in a very real way,” said Dr. Simcha Pollard of Long Beach, CA. “Hearing them live made the stories that much more rich, and so much more personal.” Los Angeles is the third community to enjoy a live My Encounter interview. Previously, communities in Melbourne and Sydney, Australia sold out halls to hear members of their respective communities share their stories of the Rebbe. “Our purpose is not only to collect the most thorough oral history of the Rebbe on tape,” says Rabbi Yechiel Cagen, director of the My Encounter project, “Our goal is to help people connect with the Rebbe through the very personal advice, teachings and guidance the Rebbe gave so many individuals. The live setting gives us the opportunity to do so in a much deeper way than any recording can.” The program also featured highlights from previously recorded My Encounter interviews, as well as never before seen footage of the Rebbe, including advice on parenting. The sold-out My Story book was on hand for sale as well. “We look forward to doing similar live interviews in communities across the globe,” says Cagen. "The expenses and logistics are tremendous, but well worth it when we receive the overwhelming heartfelt feedback.” The event was a joint project of Cheder Menachem, Chabad of SoLA, Yeshiva Ohr Elchonon Chabad, Congregation Levi Yitzchok, Bais Chaya Mushka for Girls, Congregation Shaarei Tefila, Chabad of North Hollywood and Bais Betzalel. Special thanks to Yossi Lipsker and Mendel Goldman for arranging and hosting the event and to the sponsors: Milano Wigs & Alacrity Energy, Dr. Simcha Pollard, Yaakov Rosenblatt, Motti Slodowitz, and Yossi Mayberg. 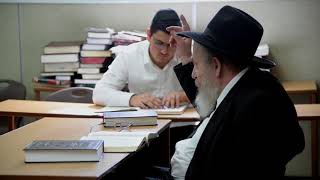 LA Yeshiva To Honor Its "Rosh"

LA Yeshiva To Honor Its "Rosh" 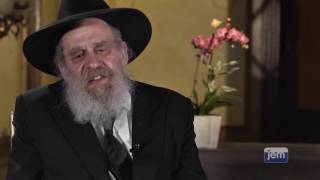 JEM's My Encounter: The Rosh